What if you had a whole team that treated you like a whole person? 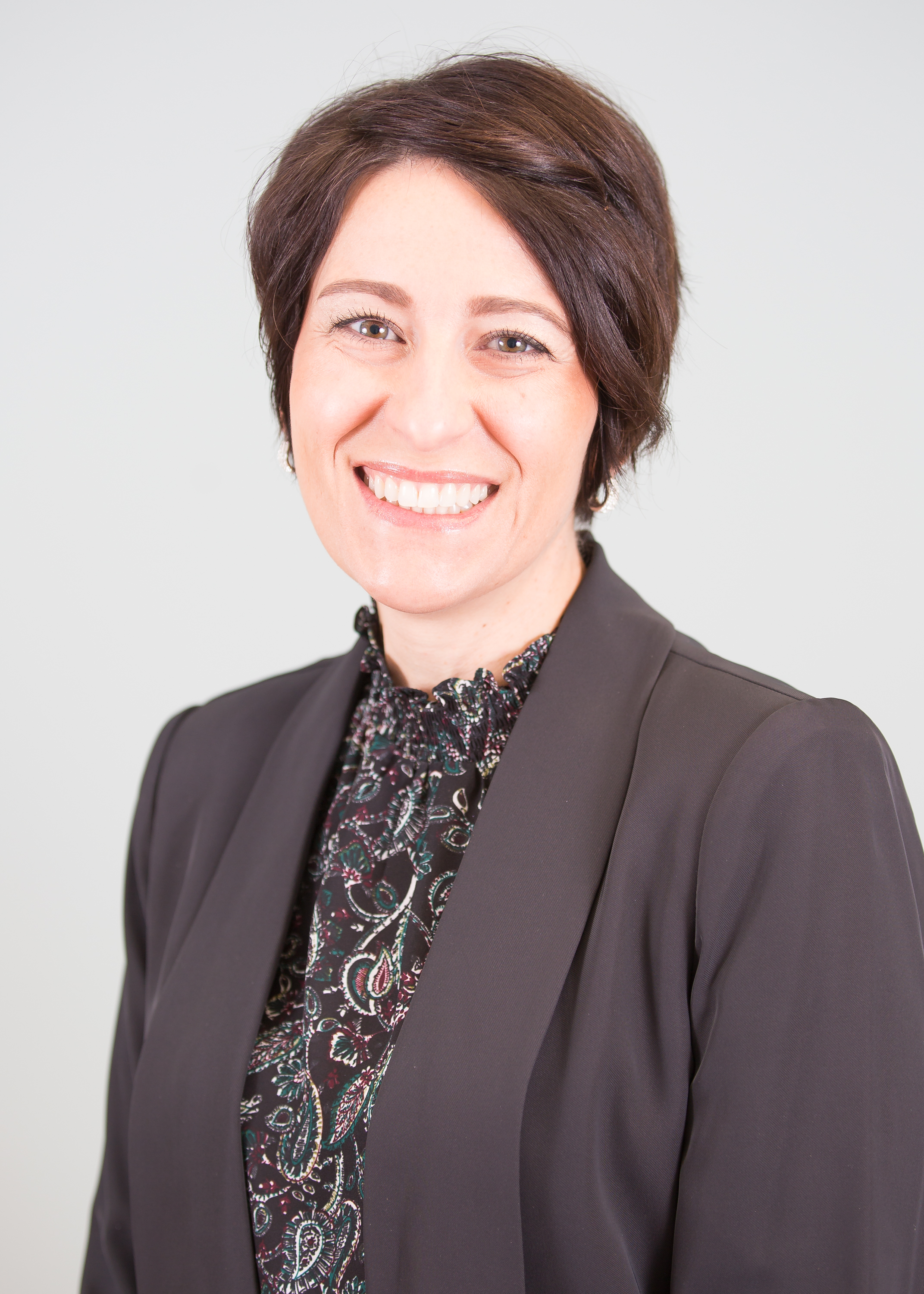 When your father is a medical doctor and your mother is a registered nurse, a career in the health field is virtually inevitable. Jenna entered college as a pre-med student, but the smell of formaldehyde and the sight of blood made her realize that she should choose a different path.

After earning a BS in business communications from Cornell University, Jenna spent 15 years traveling the world as a management consultant. Interestingly, her focus was helping businesses become well by optimizing their systems and processes to maximize efficiency, productivity and profitability.

Jenna reached a crossroads when she became pregnant with her son, Carter. Doctors told her that she shouldn’t be eating certain foods, but they didn’t explain why. Jenna thought, “If these things are unacceptable when I have a child inside me, why are they acceptable at other times?” She began to question conventional medicine.

Carter had some serious health issues when he was just six months old. Jenna bounced around from doctor to doctor who recommended medication after medication. When she went to fill a prescription, the pharmacist pulled her aside and said he wouldn’t give her the medication because it could cause fatal respiratory issues for a child Carter’s age.

Having struggled with her own health issues throughout her life, this was Jenna’s breaking point. She knew it was time to pursue her passion and help people become well – not by waiting for problems to arise and treating them with medication, but by preventing and reversing chronic illness through smart decisions that stimulate the body’s natural ability to heal itself.

Jenna became a Certified Integrative Health Coach through the Institute for Integrative Nutrition. She has also earned her certification as a Functional Diagnostic Nutrition Practitioner (FDN-P). But Jenna knew she could deliver better results with the help of a medical doctor who bought into the functional approach. So she picked up the phone and called her father, Dr. Vincent Leonti. 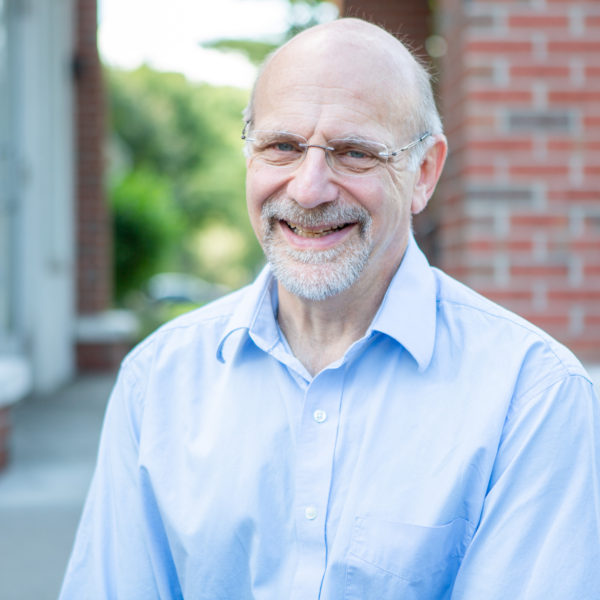 Dr. Leonti knew from the time he was in grade school that he wanted to become a doctor. After graduating from SUNY Upstate Medical University in Syracuse, NY, he went back and forth between family medicine and emergency medicine. His preference was for family medicine because it allowed him to develop closer relationships with his patients.

Dr. Leonti has always been active. He has even completed five marathons over the years. That’s why he was shocked when he went out for a run one day and experienced pain in his chest. A cardiologist told Dr. Leonti that he had an 80 percent blockage in one coronary artery and a 70 percent blockage in another.

As a doctor, Dr. Leonti thought he was living a healthy lifestyle, but he unknowingly had been misinformed and developed bad habits that brought him to an unhealthy place. He was forced to make lifestyle changes to improve his health. It was during this time that his daughter, Jenna, began her journey in functional medicine and integrative health.

Dr. Leonti had never heard of functional medicine and admittedly thought the concept was more than a little off-base. It seemed to go against everything he knew as a medical doctor. He skeptically attended his first functional medicine conference and instantly saw the disconnect between traditional and functional medicine. Traditional medicine was great at treating acute illness or crisis situations, like a broken arm or heart attack, but chronic illness was a different story.

Dr. Leonti realized that so much more could be done to prevent and reverse chronic illness by bringing the functional approach to conventional medicine. Instead of waiting for a problem to arise and treating it with medication, functional medicine attacks the root cause of health issues and prevents problems from occurring in the first place. Dr. Leonti enrolled in the Institute for Functional Medicine and Functional Medicine University, where he is in process of certification.

The real-life experiences of a father and daughter, and a shared belief in the power of functional and conventional medicine, soon led to the creation of Princeton Integrative Health. 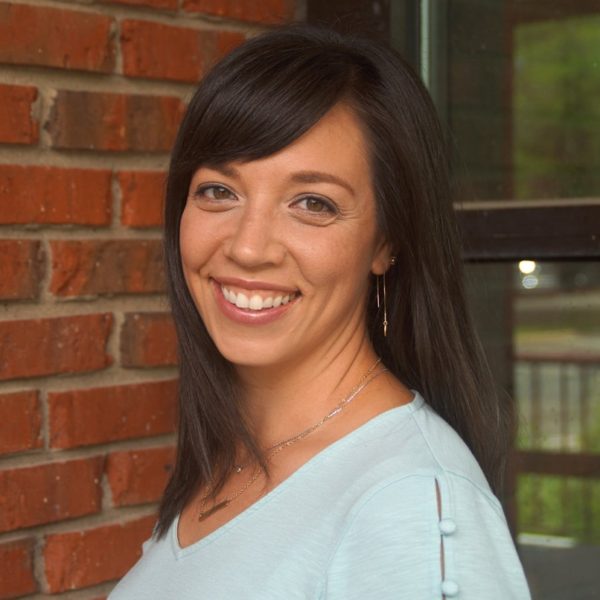 Dr. Conny Garefino wears a couple of hats at Princeton Integrative Health, serving as our resident family chiropractor as well as our third functional medicine practitioner. Dr. Conny has known the benefits of chiropractic care for her entire life. A native to New Jersey, she started seeing a chiropractor when she was 6 months old after having multiple ear infections and pneumonia. From childhood, she has understood that chiropractic is about keeping your nervous system healthy because it controls EVERYTHING. She grew up knowing that getting adjusted at the first sign of a cold meant she would feel better quickly because her body was able to function better. Therefore, when she decided to go to chiropractic school, she found she’d been living a chiropractic lifestyle all along and that this profession was perfectly in line with her philosophical beliefs and trust in the body to heal.

From the beginning of her chiropractic education knew she was passionate about prenatal/pediatric chiropractic, however becoming a mom in her last year of chiropractic school really inspired her to gain as much knowledge and experience as possible.  She was adjusted throughout her entire pregnancy and her son has been adjusted since day one. Dr. Conny is certified in the Webster Technique which is a gentle chiropractic technique for balancing the pelvis and optimizing nerve function during pregnancy. She is also an advocate for natural childbirth and breastfeeding. Dr. Conny practices chiropractic using the approach known as Bio-Geometric Integration or BGI. This allows her to use the least amount of force necessary to integrate a person’s subluxations.

Dr. Conny’s passion for health and wellness inevitably led her down the path of integrative and lifestyle medicine as this allows her to truly look at her patients as whole to encourage and empower healing. She loves working with women who struggle with fertility and children who have challenges with the gut and behavior. Addressing both lifestyle and the nervous system has allowed her to step into the role of helping her patients heal from the inside out.

Carnegie Mellon University where he graduated with a Bachelor of Arts in English.

Joseph then journeyed to the Australian College of Natural Medicine in Melbourne to study Reflexology for one year before returning to complete a five-year graduate degree program at the Tri-State College of Acupuncture in Manhattan where he earned a Master of Science in Acupuncture and Oriental Medicine.

Prior to joining PIH, Joseph began his practice within the offices of Princeton Sports and Family Medicine headed by Dr. Peter Wenger and Dr. Richard Levandowski, both experienced Orthopedic Physicians who work with US Olympic and Collegiate athletes.

After four years, Joseph then expanded to his own private clinic in downtown Princeton where he continued to specialize in sports medicine and trigger point dry needling for athletes while also treating a variety of other conditions for local Ivy League students.

In addition to his courses of study, Joseph also has taken extensive interest in Bagua and Qi Gong, both forms of Chinese Internal Martial Arts and meditation.

Beyond his professional and academic pursuits, Joseph has also volunteered his time and skill to the Global Alternative Healthcare Project (GAHP) and DESEA Peru, organizations that provide free healthcare to indigenous communities within the US and abroad who otherwise have no access to health services. 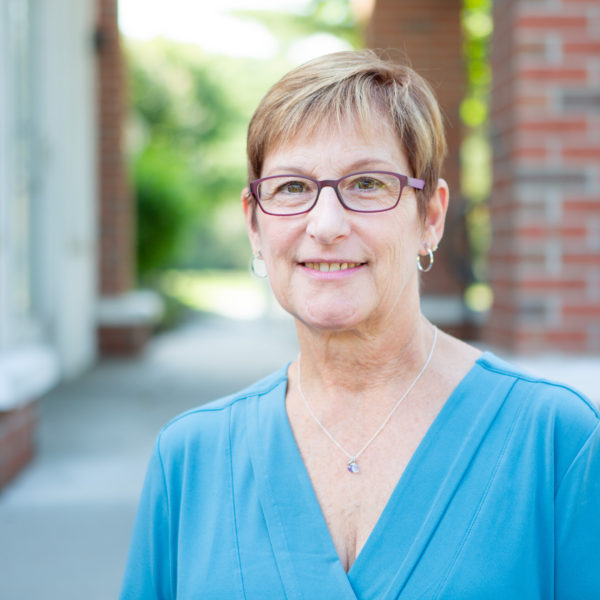 In addition to 30 years of experience in healthcare as an RN, Sue brings to the table a focused and dedicated approach to organizing and coordinating people, processes and events. Chalk this up to her Italian heritage! She is a key part of our team as we work to engage and educate within the community and health and wellness field. Sue is also a major part of the “team” as Dr. Vinny’s wife, Jenna’s mom and, especially, “Mahgah” to Carter and Nyah.

Nancy Sweeney is a health coach specializing in a Functional Medicine approach to enhance the well-being of individuals and to facilitate the achievement of their health-related goals. She works with individuals to developing long-term behavior change that builds motivation and promotes self-determination, self-efficacy, and a sustainable lifestyle from the inside out. Her support has brought her clients increased levels of energy, physical activity, improved sleep, and clarity of mind.

Following a successful career as a registered nurse, Nancy combines her practical expertise with a business model which imparts valuable health education and realistic support for lifestyle modification designed to significantly enhance the well-being of the whole person. This highly personalized work is meant to stimulate clarity and focus for clients and to facilitate the achievement of goals through a committed process of tailored health coaching practice. Working in collaboration with our practitioners, Nancy draws from her own valuable lessons working with clients, which enables a sharp focus on singular inner strengths, courage, curiosity, hope, perseverance, and gratitude. 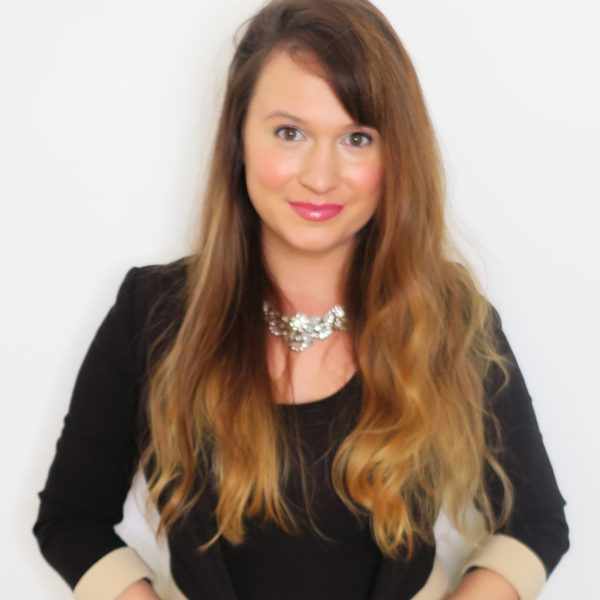 Regina is our resident Cannabis Educator. From working with world renown CBD extract companies to biodegradable cannabis plastics, she has experience in many areas of the cannabis industry. She has helped enroll over a few thousand patients into the New Jersey Medical Marijuana program from all ages and varying medical conditions. Regina is also a digital media designer with a strong creative vision. She specializes in cannabis education through video and graphic design.

Regina possess a biology background and holds a B.S. in Business Administration with a concentration in Accounting from Drexel University. Her passion and fascination with cannabis is deeply rooted in her own experience as a medical marijuana patient with chronic pain related to women’s issues. She is passionate about helping women regulate their hormones with plant based medicine.

She is dedicated to helping Princeton Integrative Health patients unlock the true therapeutic benefits of cannabis through education and empowerment. In her free time she enjoys reading, videography, and running. Stay turned for videos on cannabis recipes, important facts, and program updates! 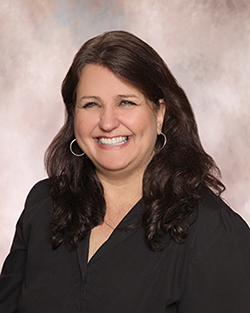 Lisa has over 26 years of experience in healthcare with 22 years in integrative health and Functional Medicine. She is a passionate, detail-oriented, and highly organized member of our team, acting in the role of Operations Manager.

She is also the friendly face you will see when you walk in the office and the happy voice on the end of the telephone line. She is a wealth of knowledge about the supplements and services offered through our practice. 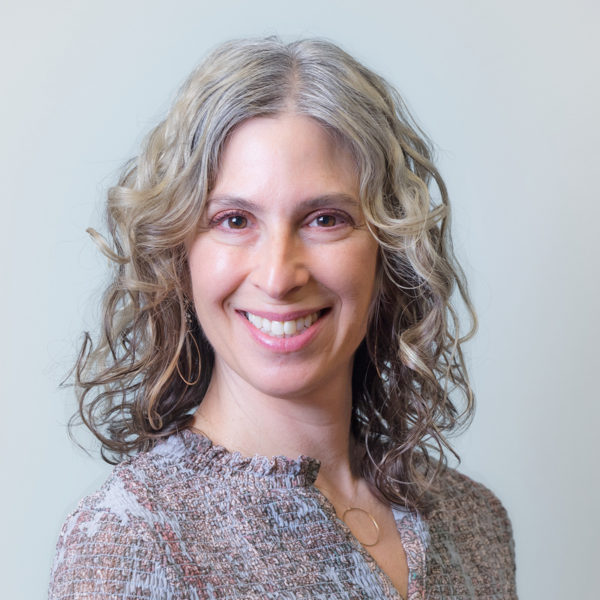 Jennifer Ruiz, licensed massage therapist (LMT), is the founder of Amala Lymphatic & Massage Therapy, which is located within the PIH office suite. Jennifer uses a multidimensional approach to massage and bodywork that treats the whole person by guiding the mind and body to a place of balance and ease.

In addition to more than a decade of experience working at a 5-star spa in New York City, she is a recipient of a Forbes 5-star award for Excellency. Jennifer graduated from the Swedish Institute of Health Sciences in 2001, and is licensed to practice massage in New Jersey and New York. 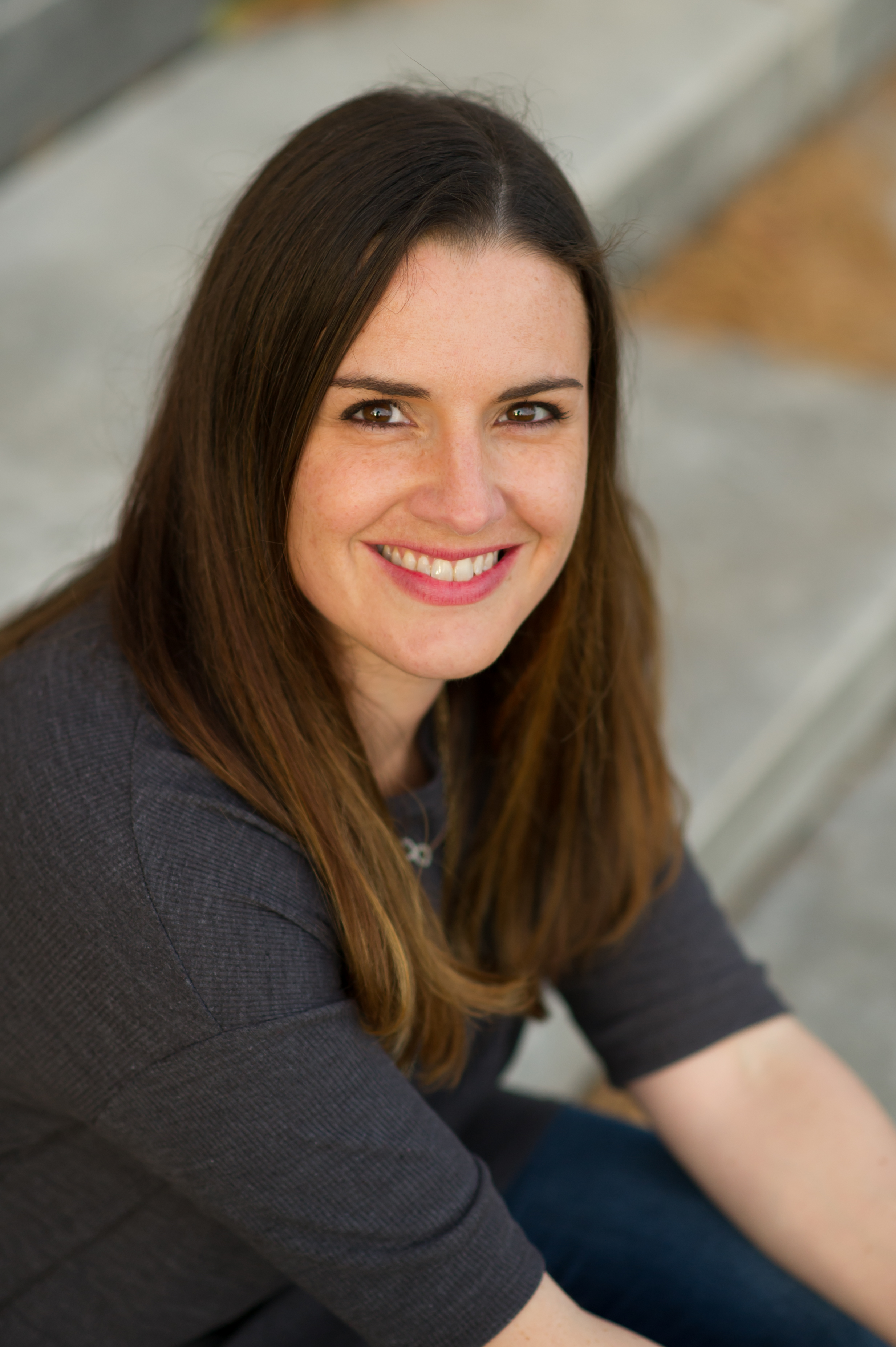 Krista believes that sharing compelling messages and powerful stories has the potential to break down barriers that separate people, change lives, and disrupt the status quo. She combines over 15 years of marketing, public relations, film production, and writing experience to passionately bring awareness to the successful and transformative stories of our patients, as well as our programs, services, events, and amazing team of practitioners.

Krista founded Kilogram Productions and recently co-produced the groundbreaking documentary, Don't Talk About the Baby, a film dedicated to starting conversations about and shattering the stigmas surrounding pregnancy loss and infertility.

Krista graduated from the University of Rhode Island with a degree in Sociology and also holds a professional certificate in News Production.