Prevention, Treatment, and Beyond

Most likely you have come to this website page with the hope of clearing up some of the confusion surrounding Lyme disease. We get it - there is so much controversy around Lyme Disease because many conventional avenues can be dead-ends.

We’re here to help you navigate this.

Lyme Disease is the most common American tick-borne infectious disease, and often goes undiagnosed or becomes misdiagnosed. Each year, up to 300,000 new cases a year of Lyme Disease diagnoses have been reported by the Centers for Disease Control and Prevention (CDC), up to 10 times what researchers previously thought.

Lyme Disease, or borreliosis, is caused by the bacterium Borrelia burgdorferi, which can proliferate to every area in your body. A black-legged deer tick has a three-year lifespan, going through four life stages: egg, larva, nymph, and adult. Nymph ticks have the highest infection rate, transmitting the virus to humans through a bite.

Symptoms of acute Lyme Disease include:

These symptoms are often mistaken for other conditions, such as ADHD in children, delaying Lyme Disease diagnosis. Furthermore, “hallmark” symptoms, such as the Erythema multiforme rash, are not present in all cases. Left unchecked, Lyme Disease symptoms worsen, creating a host of health issues, such as Alzheimer’s Disease, immune dysfunction and inflammation, neuropathy, and more. 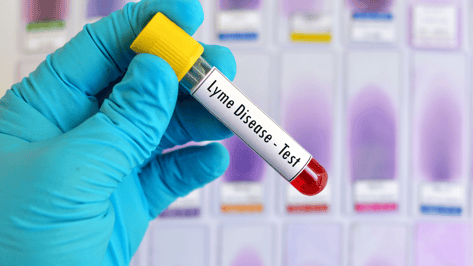 The most popular conventional way to test for Lyme Disease is a combination of the Western blot and ELISA test, which measure specific antibodies in the blood. However, this detection system is not always accurate, missing up to 60 percent of cases of early-stage Lyme Disease, as the body can take weeks to develop measurable antibodies against the infection.

If you suspect a tick bite, it is important to get tested early. When a person receives treatment within six to eight weeks of exposure to Borrelia burgdorferi or Borrelia mayonii and suffers no residual effects after treatment, the diagnosis is acute Lyme Disease. Patients who are not treated at least two months post-bite and have the untreated disease for months, or even years, often develop chronic Lyme Disease.

Unfortunately, there is no universally accepted treatment. Mainstream medicine treats Lyme Disease with a single round of antibiotics, which is not always so effective. This is partly because the disease quickly alters its gene expression in response to doxycycline, one of the most commonly prescribed drugs for Lyme Disease, creating an antibiotic-resistant phenotype. Doxycycline treatment of Borrelia-infected mice causes genetic changes that lead the immune system to stop searching for the Borrelia, allowing for its persistent infection.

It is important to note that a person with Lyme Disease may be co-infected with other organisms, and require different antibiotic therapy compared to Lyme Disease. Furthermore, the presence of heavy metals can interfere with treatment.

Overcoming Lyme Disease with Us OR Our Approach

At Princeton Integrative Health, Lyme literacy is extremely important to us. We are always staying up to date on Lyme Disease information, collaborating with Lyme Disease expert, Dr. Tom Moorcroft, and participating in International Lyme and Associated Diseases Society (ILADS). To evaluate treatments' potential success and pitfalls, we delve into current research, experience, and medical opinion.

In treating a variety of ages and symptoms, we recognize that each case of Lyme is different because YOU are unique. Our approach utilizes a combination of strategies that address heavy metal toxicity, immune dysfunction, and gut issues.

We practice herbal treatments, in addition to careful use of antibiotics when 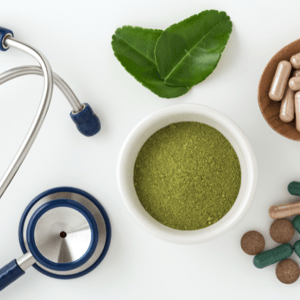 applicable. A recent study published in the Frontiers of Medicine found that certain plant extracts had strong activity against Borrelia burgdorferi, outperforming antibiotics doxycycline and cefuroxime. Our approach to treating Lyme Disease is designed to not only eradicate the infection, but to promote your energy, sleep, mood, and overall functioning.

A Story of Hope: Carter’s Journey with Lyme

Carter was three years old when his mom Jenna noticed what she thought to be a scratch in his ear. The scratch, however, was in fact a tick. Carter’s pediatrician offered two options:

They went with the latter, and Carter continued to have no symptoms until the next year. Then, at four years old, he began to change. Carter was complaining of pain in his hands and bottom of his feet, with relentless pain and discomfort taking a toll on his normally upbeat disposition. His parents also noted behavioral and neurological challenges, including involuntary twitching.

His initial labs were positive for Borrelia burgdorferi, and he sought treatment with Dr. Moorcroft. While he made some progress, he was not at a full recovery. Through additional testing via PIH, it was later discovered that Carter was co-infected with Bartonella and had high levels of mycotoxins.

We then started Carter on a treatment protocol that helped her feel more at peace and in control. Though his recovery from this condition is ongoing, he can enjoy himself as a pain-free seven-year-old. As he continues to get even stronger, we hope Carter’s story will provide some solace and motivate others with Lyme Disease to face their challenges through a different lens.

What to do if you find a tick: